The National Baseball Hall of Fame and Museum pays tribute to the most iconic of Americana and the sport’s greatest heroes. Tour the world-famous Hall or explore thousands of baseball artifacts on display in the Museum.

Even casual or non-fans can appreciate the way the Museum’s exhibits illustrate the American experience. This treasured collection is not only meant to chronicle the evolution of the sport, but also capture our country’s history.

The Hall’s promise to preserve history, honor excellence and connect generations make it a great destination for the entire family, as do other historic attractions in the area.

The nearby Farmers’ Museum focuses on interactivity to bring history alive. Home to more than 23,000 items, the museum preserves important examples of upstate New York architecture, agricultural tools and equipment, and heritage livestock circa the mid-19th century.

Indulge in this agricultural tradition with a CNYFresh trail or road trip through Brew Central in tribute to Central New York’s rich hop heritage.

Experience the cornerstone of Central New York history on the Erie Canal. A 36-mile stretch open to pedestrians and pedalers at Old Erie Canal State Park evokes the past and promotes fitness. Board a vessel from Erie Canal Cruises for a true taste of the serenity and significance of one of America’s most historic and influential waterways.

Chittenango is one of many heritage towns the Canal passes along the way. You might call it the Emerald Town as it is hometown to Wizard of Oz author L. Frank Baum and home to the unique All Things Oz museum, which also runs the annual Oz-stravaganza festival in town. More than 15,000 Oz-related pieces are curated by the museum, which has more than 1,000 on display at any given time.

You can follow I-90 to the International Boxing Hall of Fame, a museum dedicated to honoring legends and preserving boxing’s rich heritage in Canastota. The “Showplace of Boxing” has plenty of memorabilia and interactive exhibits.

What started as a simple tribute to local boxing legend Carmen Basilio and his nephew Billy Backus now hosts a four-day Induction Weekend with a parade and visiting boxing celebrities each year in early June. Larger-than-life names like Joe Louis, Muhammad Ali, Evander Holyfield and Mike Tyson are among those honored.

The National Abolition Hall of Fame and Museum of Peterboro is one of Central New York’s more unique tributes. Housed in the former estate of wealthy abolitionist Gerrit Smith, this hall of fame honors abolitionists, their work to end slavery and the legacy of that struggle. According to the mission, it strives to complete the second and ongoing abolition –​ the moral conviction to end racism. Frederick Douglass, Harriet Tubman and Sojourner Truth are among the esteemed inductees.

The Northeast Classic Car Museum is a hall of fame of sorts that showcases the automobiles that shaped the culture of a nation. Part tribute to the automobile’s formative years and part art gallery, the museum includes more than 200 classic and antique vehicles dating back to 1899.

Its cornerstone collection of Syracuse-manufactured Franklin autos is the largest in the world, with at least one vehicle from nearly every year of production from 1902 through 1934.

Visitors to Lorenzo can take part in guided tours of the Mansion on site; stroll the Ellen Shipman formal garden and Dark Aisle Arboretum; view the Visitor Center orientation exhibits; and attend any number of special events on the historic grounds, including the “Annual Driving Competition, the “Rippleton Schoolhouse Community Day” and “Christmas at Lorenzo”.

Visitors can find popular outdoor historic attraction at Fort Stanwix, a reconstructed 18th century post known for its critical role in the American Revolution. It’s one of two National Park Service-designated historic sites in the region.

Visit the Georgian-style mansion that was the home to a courageous Revolutionary War hero at the Herkimer Home State Historic Site. General Nicholas Herkimer completed construction of his mansion about 1764 in the Mohawk Valley frontier. The unspoiled landscape, including the Herkimer family burial ground, is remarkably unchanged from that of the 18th century.

Dig even deeper into pre-U.S. history at the Iroquois Indian Museum in Howe’s Cave. This impressive collection of art, crafts and artifacts is housed in a building constructed in the spirit of a 400-year-old longhouse.

Looking for something a little more contemporary? True “Twilight Zone” enthusiasts are basically obligated to check out the Rod Serling Archive at the Bundy Museum of History and Art. A permanent exhibit fueled by the Serling vault includes rare memorabilia, props and personal items presented in a hands-on format.

Start your journey through history on the Mohawk Valley Path. See history come to life while you explore Revolutionary War times or bike across 30 trails that connect over 50 historical sites across CNY.

It’s been said a thousand times, but history truly comes alive in Central New York, where you can walk vintage grounds and examine incredible artifacts like no place else. 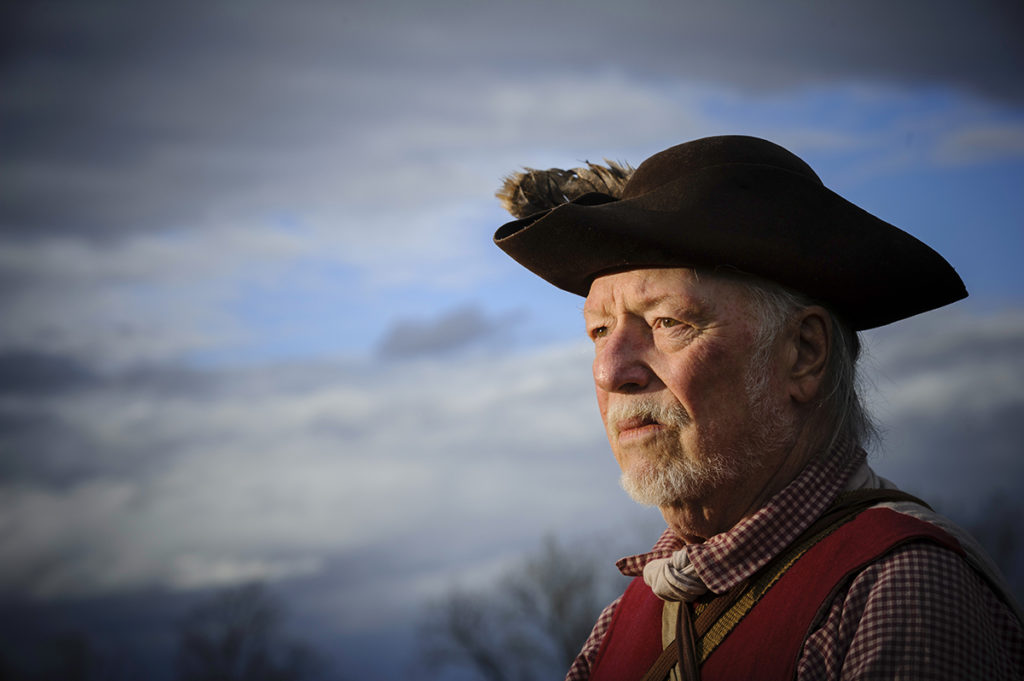 You can learn a lot about a community when you discover and engross yourself in its history. We have compiled a list of must-visit historical sites than you can explore […] Central New York is the home to many hidden gems but, did you know that those locations may come to some hidden secrets as well? If you’re a paranormal adventure […] What is an edu-vacation exactly, you ask? It’s a vacation with an educational twist, and it’s everywhere in the Central New York Region. Teach your kids a thing or two […]